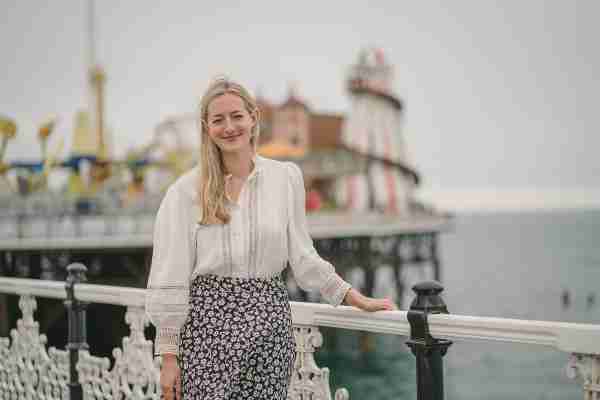 The case of Akhter v Khan was heard in the High Court on 5th and 6th February and 12th and 13th July 2018. The case concerned an Islamic wedding ceremony known as a Nikah conducted in 1998. Since the ceremony, the parties had referred to themselves as husband and wife and, when they lived in Dubai between 2005 and 2011, they were considered to be legally married. The parties had spoken about having a civil ceremony to recognise their marriage under English Law but this never happened.

Under English Law, a marriage ceremony can either be valid, voidable under section 11 Matrimonial Causes Act 1973, void under section 12 Matrimonial Causes Act 1973, or a ‘non-marriage’ when the ceremony is seen as being so far removed from anything envisaged under the Marriage Act 1949, that it constitutes a ‘non-event’ (Geresis v Yagoub). Where parties divorce following a valid marriage, or have a void or voidable marriage annulled, the court can make financial orders to redistribute property. The court cannot grant a decree of nullity nor can it make such financial orders following a non-marriage. In Akhter v Khan, the wife argued that the marriage was a void marriage and therefore she was entitled to financial protection, whereas the husband argued that it was a non-marriage.

The husband’s counsel commented that the parties had made the conscious decision to have a religious ceremony and, despite having discussed a civil ceremony, had chosen not to. Nevertheless, in his judgement, Mr Justice Williams relied on the equitable maxim which ‘treats as done that which ought to be done’. He looked at the joint intention of the parties, when undergoing the religious ceremony, to later validate it with a civil ceremony, as supporting his conclusion that this was a ‘void’ marriage. He held that, in this case, both parties understood that they were embarking on a process which would ‘include a civil ceremony in which the marriage would be registered’ and therefore the marriage was void and not a non-marriage.

The wife’s counsel argued that ‘the term non-marriage should’ be reserved to situations which properly warrant the description such as actors acting a scene or parties playing at getting married. The Attorney General intervened in the matter as an interested party. He made a ‘slippery slope’ argument, fearing that, if the court were to allow conscience to take over it’s decision making in this case, there would be no logical reason to exclude other ‘forms of marriage however unorthodox they may be for instance, ceremonies such as hand fasting or broom jumping’. I would argue that ‘floodgate’ concerns are misplaced as the judgement focuses on the narrow circumstances of the case. The Attorney General further argued that he saw no distinction between such non-marriage cases and cohabiting cases in which the Judge would also not have discretion in making financial orders. However, in recent years we have also seen criticism of the laws in relation to cohabiting couples and I can’t help feel that one outdated area of law cannot be justified by comparing it to another outdated area.

It is argued that the law of non-marriage in this context is discriminatory against women because it prevents them from obtaining a financial settlement. The husband’s counsel argued that the law of non-marriage is not indirectly discriminatory to women because article 14 European Convention on Human Rights [ECHR] (protection from discrimination) is not a standalone right; it must attach to another right, none of which, he argued, were engaged. The Attorney General commented that the Owen’s judgement held that article 8 ECHR (respect for private and family life) and article 12 Human Rights Act (right to marry) do not confer a right to divorce and therefore argued that nor do they contain a right to nullity.

If this judgement were to be distinguished and limited to its facts, the problem remains of the many women who enter into Nikah ceremonies without following them up with a civil one, and who are therefore left without financial protection. It is recognised that this is not only a very real phenomenon in England and Wales, but a growing one.

The Independent Review Panel into the Application of Sharia Law [The Review] heard that 90% of the people using sharia councils are women seeking an Islamic divorce. Many of these women can’t ‘divorce’ under English Law because they aren?t seen as having been married in the first place. Many of these women see Islamic divorce as the only way to escape their marriage and move on with their lives. Evidence shows that many sharia councils don’t deal with arrangements for children and asset distribution. The panel heard that, in some cases, women were asked to return the ‘mahr’ (dower) and gifts received during their relationship, making them worse off after marriage. As a result, many women remain unable to escape unhappy, even abusive, relationships.

The Law of England and Wales has the power to trump any decision made by sharia councils. Although the right to have a religion under article 9 ECHR is absolute, the right to manifest it is not. Similarly, freedom of association under article 11 ECHR which protects the formation of sharia councils is not an absolute right. Restriction on both can be justified ‘in the interests of public safety, for the protection of public order, health or morals, or for the protection of the rights and freedoms of others’. The Review concluded that, given concerns raised by women’s rights groups and human rights organisations, state intervention may, in some circumstances, be justified.

The Review made 3 recommendations: legislative changes, building understanding, and regulating sharia councils. Firstly, they recommended that the Marriage Act 1949 and the Matrimonial Causes Act 1973 be amended to ensure that civil marriages are conducted before or at the same time as Islamic marriage ceremonies, bringing them in line with Jewish and Christian ceremonies in the eyes of the law. This will open up avenues to financial protection. Valentine Le Grice, QC with 36Family, has commented that, in Akhter v Khan, the court allowed consequences to inform decision rather than follow decision. Arguably, Mr Justice Williams reacted to an imperfect piece of legislation and therefore legislative change could act as prevention rather than cure in such cases. They recommended penalties for celebrants who fail to ensure this takes place. However, to do so without first building understanding would, in my eyes, be too great an intervention and therefore a period of education must take place. Particular concentration should be given to new immigrants who may not yet be aware of the law of non-marriage.

The Review’s third recommendation, regulation of sharia councils, was not met with unanimity. Whilst the majority concluded that regulation carries more advantage than no intervention, others felt that it would give the perception of the existence of a parallel legal system whereas, in fact, the decisions of sharia councils would not be upheld in law. In my opinion, whilst this may be the case without the other two recommendations, together the three of them could work in union.

In conclusion, both the judgement and report are relatively recent and therefore it cannot be predicted how parliament will respond. However, it is clear that, with an ever-diversifying society, this is an important issue which needs to be addressed.